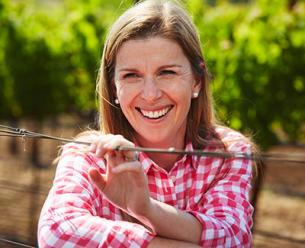 As many are aware, a devastating fire storm hit Sonoma and Napa Counties late Sunday, October 8th and continued to burn uncontained for more than a week.  These fires have greatly affected our community but in the wake of this disaster, our community is coming together as we recover and rebuild.

We are pleased to report, despite the Pocket fire burning directly along our property border, the Stonestreet vineyards were not damaged and our winery remained out of harm’s way.  It has been reported that the vineyards throughout northern California actually helped contain the fires and allowed firefighters to concentrate their efforts on more heavily populated areas.  Vineyards have been referred to as a natural fire break due to the perimeters being dirt access roads and having less dry weeds than oak forests, there is minimal cover crop remaining thus the fires had less fuel within the vineyards to travel.

Even though the flames did little damage to the vineyards, the smoke can have a more lasting effect to the fruit that remained on the vines during the fire.  Luckily for Stonestreet, we had already harvested all our white wine grapes and all the Cabernet Sauvignon for our single-vineyard wines.  Cabernet Sauvignon grapes, especially mountain grown, tend to have a thicker skin than other varietals which helps to protect them from the elements. The majority of our 2017 vintage was safely in tanks and barrels when the fires started and were protected from the effects of smoke.

Prior to the fires, we entered this harvest season in great shape to see a wonderful 2017 vintage and we have no reason to expect anything less, though this growing season was not without its challenges. With one of the wettest winters on record for Sonoma County, we received a total of 80.3 inches of rain on Stonestreet Estate Vineyards during the winter and spring months.  It was a difficult time in Alexander Valley with road closures, winery closures, school closures and lots of work to prevent landslides on the mountain vineyards.  The excitement and talk of the ‘end of the drought’ was rampant.

When growing grapes however, we can’t be fooled into thinking an abundance of winter rain means you’re in the clear, especially when growing grapes on steep, rocky slopes.  In the Spring month’s we actually witnessed fewer millimeters than we did during the Spring in 2016.  This meant that even though the vineyards looked strong and healthy from the winter rains, we still needed to pay attention and plan for irrigation.

The biggest benefit from the heavy winter rains was the boost in plant available Nitrogen.  With the previous dryer vintages, the Nitrogen becomes crystalized in the soils and the heavy rains were able to dissolve this so the plant could utilize it resulting in faster growth rates and more flowers per vine which ultimately results in higher yields.  With the expected higher yields, we were also expecting a later harvest and demand for late season irrigations.

Along with the increase in precipitation in 2017, we also saw an increase of heat waves throughout the summer months. Many thought the higher temperatures would speed up ripening but when the temperature is above 92 F, the stomates in the leaves close and the vines shut down to protect themselves, hence a delayed ripening.

With so many variables from mother nature in the 2017 growing season we were anxiously awaiting veraison (ripening) to start in early August. We anticipated a slightly later start to harvest, beginning with Sauvignon Blanc in early September followed closely behind by Chardonnay and then Bordeaux reds throughout the month of October. We ended up having what felt like three harvests.  The Sauvignon Blanc and Chardonnay over-lapped each other with back to back heat waves, followed by a week of waiting for the Bordeaux reds to catch up.  We were harvesting at a steady pace for the remainder of September and early October, bringing into the winery all the single-vineyard Cabernet’s just before the fires broke out.  We took a pause from harvesting during the fire storm but continued to work in the winery tending to all fermentations.  Once the fires were contained and it was safe to hand-harvest on the mountain again, we picked for another week, bringing in the last grapes on October 23.

Growing grapes on a mountain always keeps us on our toes, meticulously watching and monitoring, aiming to harvest at the most optimal time to craft wines of distinction expressing a sense of place.  This year, mother nature gave us a number of challenges but we are looking forward to watching this 2017 vintage mature over the next 10 to 24 months.

All the best,
Lisa